Can you hack 2 looms togther? Why yes, yes you can.

I've done a lot of loom hacks but never anything quite this big.  I manged to get ahold of 2 Harrisville Designs 4 shaft looms @ 36" weaving width. One cost $250 and the other cost $30.

We took the front half lf the better loom and attached the back half of the second loom to make a single 8 shaft loom.  We rigged up lamms and made all new treadles and feet with the left over pieces from the second loom. 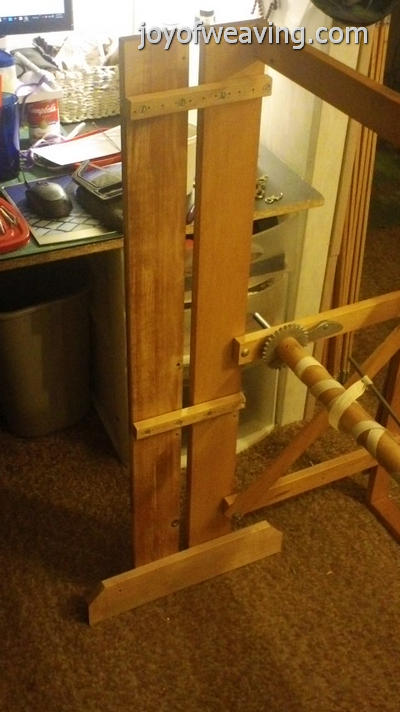 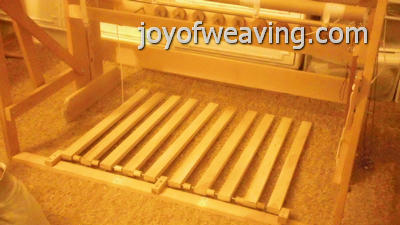 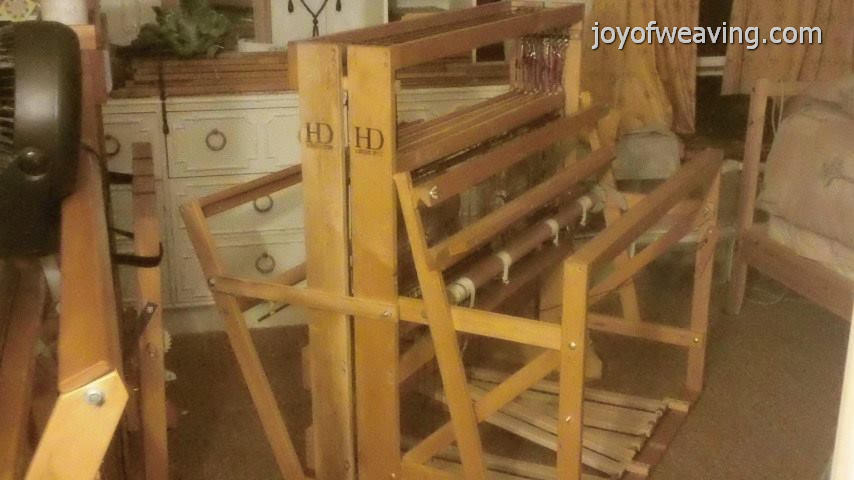 We originally made the lamms out of lath wood which was sanded down. I later changed those out for metal rods which worked out much better, but the first order of business was to install stoppers for the lamms so that they don't hit the pulleys above them. Since the front and back boards are different widths, we put the stopper at the bottom of the front board and in the middle of the back board. Here's the left and right side of the loom as seen from the front: 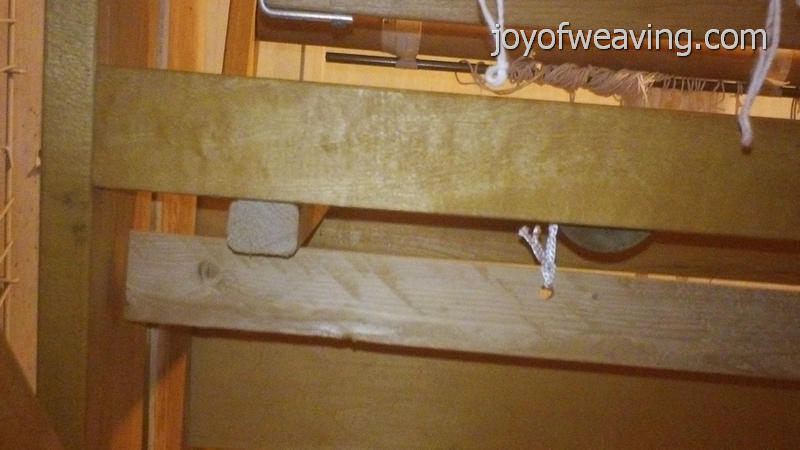 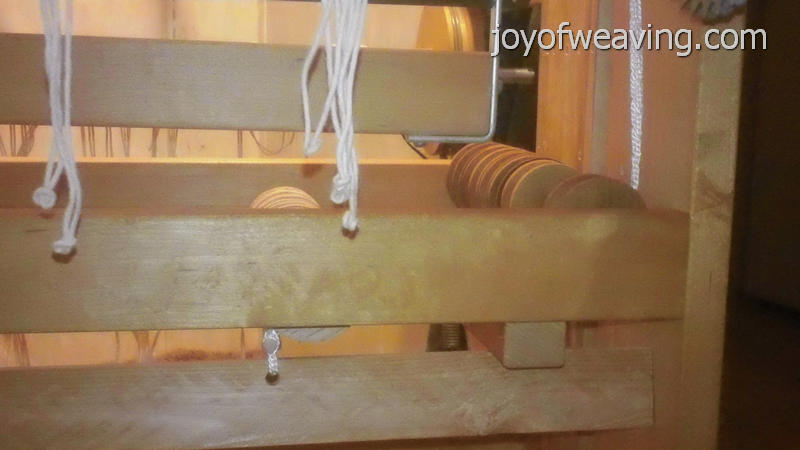 Here's the lamms I'm now using which were made of metal rods and works out much better. The weight counterbalances the weight of the shafts and makes treadling multiple shafts on one treadle much easier. 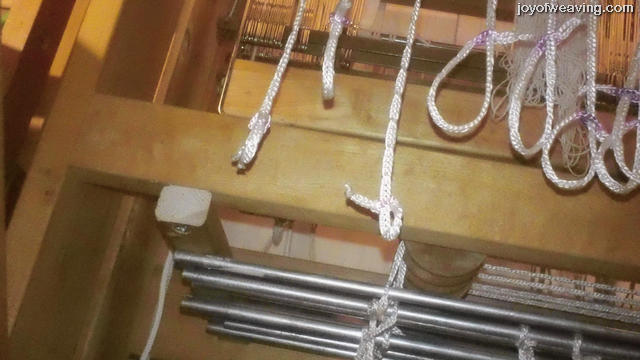 Holes were drilled into the treadles to correspond to the lamms above them. 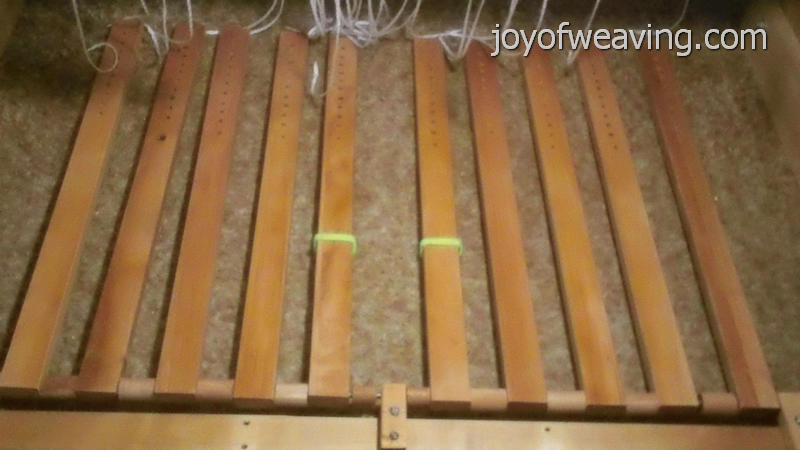 Attaching the lamm cords to the shaft cords:

To do the tie ups, I lean the loom up against somethng to expose the bottom of the treadles. I thread a hairpin through the last loop of the Texsolv and leave it on there. They make for superb tools for threading the texsolv through the holes in the treadles. Then I take a metal barbeque skewer and poke it into the loops of the Texsolv. This takes a bit of adjustment but once I got it in just the right spot, I marked the loop in the Texsolv with a Sharpie Marker for future reference.

There are additional photographs on my Facebook Page located here: https://www.facebook.com/pg/joyofweavingcom/photos/?tab=album&album_id=1282160451798892